I never did think I’d make it till eighteen but you did. Yeah the depression will have you drowning at stages, but you’re going to be become a really great swimmer. You’re also going to learn how to finally ask for help… which you sometimes do from the wrong people. Sweet girl, not everyone wants you to win and that’s okay but here’s the thing- you’re going to win without them.

Stop trying to make yourself smaller, both figuratively and literally. Figuratively by trying so hard to make yourself smaller you’re only giving your enemies more power over you- making them bigger than they need to be. Literally : Speaking of getting bigger, you’re going to gain weight – a lot of it, comparatively speaking, but for once it’s actually okay with you. Your world hasn’t unraveled by the seams, you’ve just had to buy bigger jeans because even though thick thighs save lives, they shred the inner thighs of your jeggings. You’ll come to realise there is no weight limit on beauty.

God bless it won’t be about him anymore (by the way memories of him don’t own that pronoun anymore, you’re going to have to think before he comes up, if ever lol).

All of the romantic stuff I write at the moment, is about me because, get this, I don’t hate myself anymore.

If anything, the opposite, and it’s good. You’re good, I promise you it will get better, but first it’s going to get worse- like a lot worse. Although grade 10 was pretty fucking shitty. You’re going to make a lot of mistakes, like a lot more than you already have which is something. The great part is, it’s all going to be okay- like genuinely. It’s going to be really hard and you’re going to cry a lot, but in the end?  by the grace of God, who you’ll come to love a whole lot more than you do now, it’s all going to be okay.

Actually?  it’s going to be more than okay- it’s going to be magnificent... not all the time but a shit load more than it is now. Also with that in mind, take a breath please, like a big one because you always get shit done in the end, even the stuff that was killing you.

Also.. fuck ‘em. And it’s okay to feel that way.  It’s okay to use your voice in a way that people will dislike, and dislike is going to become a euphemism by the end of matric- they’re going to hate you, a lot but somehow, that’s okay.

You’re so much more capable than you give yourself credit for, oh me oh my.

Also keep manifesting stuff, poolside with Kar and Max- it works, like a shocking amount. You’re still best friends, things get crazy and we all move far away from one another but still... best friends.

Do no harm, but take no shit. The former half of that sentence applies to you too.

It’s going to take a while to find your voice, and once you do stop being so afraid to use it.

Also you’ll fall in love again... well in something like it. It won’t work out but you’ll end up writing some beautiful poetry from it.

Stop being so hard on yourself- sometimes it’s just not meant to be and you’re going to learn to be okay with that. You’re also going to learn to let go- which is a bitch, no lies. But it’s a lot better than holding onto what you thought was love and letting go of everything else that matters… i.e. you, all of who you are without him. Which you’ll come to know is fucking great, something he’ll never tell you. All in all you owe him thanks, you really do. He played the villain well and while he made you hate everything about yourself, I think you learnt pretty powerful lessons because of it. Such as :

you can’t define who you are based on what other people think.

You can’t expect someone to fall in love with you when you don’t even love you.

Don’t ever let anyone make you feel like you’re not worthy- because you are.

Clap for the parts of you that no one else sees.

It’s okay to have insecurities.

Hating yourself is not helping, at all.

It’s okay to let go, you’re enough.. you can sustain yourself.

If you don’t stand for something you’ll fall for anything, so make a stand.

Speak up, even if your voice breaks and your knees shake. Speak up.

He’s going to tear your heart out of your chest but it’s going to force you to find your voice and speak up for yourself. Instead of nodding and smiling and agreeing with every shitty thing he says or does, so afraid to lose him you’d sooner lose yourself. You do get lost by the way. You get lost in him in an unearthly way, but as soon as you lose him (which is the greatest L ever by the way)- you’re going to discover yourself. Which you’ll come to realize is actually a little too good for him.

Ma and Pa are still wild protective, but you’ll grow to understand just how much they love you. SIbby is your best friend and greatest cheerleader.

As much as you’ll try, you’re never going to become cold-hearted, however, you will become marvelously unphased by people calling you a bitch.

Take the leap of faith. Go to Stellies, it will be one of the best decisions you’ve ever made. The people you’re going to meet and the experiences you’re going to have will eclipse your greatest fantasies.

You are so much more than your mistakes- stop letting them define you.

When you’re a queen on this chess board that is life, you’re going to find a lot of opposition- that’s okay it’s going to bother you a lot less than you expect.

Don’t befriend them- they’re assholes who are going to pretend to be your friends.

You’re going to grow… a lot and it’s going to be glorious.

As SZA said, God bless these twenty somethings. You made it to twenty.

Love the blessed and unbothered,

P.S. When you sing love songs, you sing them to yourself (yeah I know), like this one which is one of your favourites at the moment. 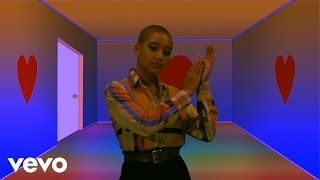